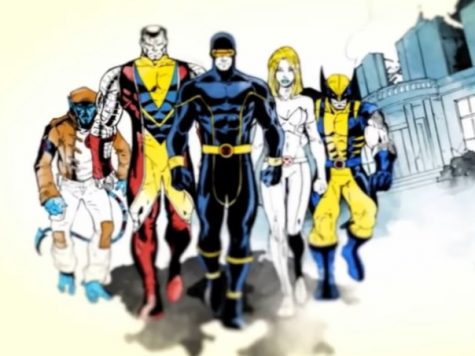 I recently followed my curiosity down a rabbit hole, as I was wondering how many X-Men video game there had been (after I had chronicled every official Spider-Man game ever made). It turns out, the X-Men have starred in quite a few games, and I’ve compiled a comprehensive list.

Now, I’m only considering X-Men games for this list, which means I’ll exclude greater Marvel games that feature appearances by the Mutants (such as Marvel Super Heroes: War of the Gems and the Marvel vs. Capcom series).

On top of that, I’m starting this list in the 21st Century, since I’ve already listed every X-Men game of the 1980s and 1990s at our sister site Retrovolve. So here, we pick up in the year 2000, roughly three years after the odd yet surprisingly decent-looking Ravages of Apocalypse (which I covered in the Retrovolve list).

X-Men: Mutant Academy (2000) – Released for both Sony Playstation and Game Boy Color in the summer of 2000, X-Men: Mutant Academy was developed by Paradox Development and published by Activision. It was a traditional fighting game with some PSOne-era 3D character models, and the box art boasted that it featured “costumes from the movie” (the game released on July 14, the same day the first X-Men movie landed in theaters). The PlayStation version was received positively, but, perhaps unsurprisingly, the Game Boy Color version was mostly panned.

X-Men: Mutant Wars (2000) – It wasn’t long before Mutant Academy was followed by another Game Boy Color game. X-Men: Mutant Wars released in November of 2000, offering a return to the tried-and-true side-scrolling action beat-’em-up genre. Although its North American release was just two weeks before the DVD release of that year’s X-Men movie, the GBC game didn’t fare as well as the film. Again, this one was mostly panned by critics. Mutant Wars was developed by Hal Corporation and AVIT, Inc., and published by Activision.

X-Men: Wolverine’s Rage (2001) – The X-Men hadn’t given up on the Game Boy Color quite yet. In May of 2001, X-Men: Wolverine’s Rage landed on Nintendo’s handheld console in North America (it came out in Europe in June). Developed by Digital Eclipse and published by Activision, it would fall victim to middling reviews. Here’s yet another run-of-the-mill side-scrolling beat-’em-up to add to the scrap pile.

X-Men: Next Dimension (2002) – The third game in the X-Men: Mutant Academy series, X-Men: Next Dimension was helmed, once again, by Paradox Development and Activision. It released for freshly minted PS2 and Xbox, with Exakt Entertainment developing a GameCube version. Borrowing from the Dead or Alive series, Next Dimension let players knock their opponent through multi-tiered levels.

For this release, they called in the big guns, getting Patrick Stewart to voice Charles Xavier. Next Dimension was well-received for the most part, which seems to be a running theme for the fighting game trilogy. However, this would be the final entry in the Mutant Academy series.

A spin-off of the X2: X-Men United movie, Wolverine’s Revenge follows Wolverine in a storyline leading up to the events of the film. Par for the course for games based on or connected to popular movies, it received mixed reviews. As a beat-’em-up, it was mostly competent, but it implemented poor stealth mechanics, poor visuals, and a grueling difficulty curve.

Wolverine’s Revenge would employ the voice talents of Patrick Stewart as Professor X and Mayim Bialik as everybody’s favorite Marvel character, Female Pilot. And although the box art sports Hugh Jackman’s mug (he played Wolverine in every film adaptation thus far), the in-game character model was based more on wolverine’s comic-book appearance. In a surprise treat, none other than the Joker himself, Mark Hamill, did the voice for Wolverine.

X-Men Legends (2004) – Next on our list is X-Men Legends for the GameCube, PS2, and Xbox. Developed by Raven Software and published by Activision, Legends is sort of a top-down action RPG that tasked the player with controlling four heroes simultaneously. With characters spanning multiple timelines throughout X-Men comic book history, Legends gives players the chance to build their teams based on their favorite characters.

Legends was mostly very well received, with Patrick Stewart again reprising his role as Professor X alongside the likes of Lou Diamond Phillips as the irascible Forge. It would receive an NGage port in 2005 developed by Barking Lizards.

X-Men Legends II: Rise of Apocalypse (2005) – The follow-up to Legends would arrive in September of 2005 in the form of X-Men Legends II: Rise of Apocalypse. Again published by Activision, the console versions were developed by Raven Software along with SuperVillain Studios for the PS2, GameCube, and Xbox. Barking Lizards would again develop the NGage port, with Beenox developing the PC version and Vicarious Visions porting the game to the PSP.

Capitalizing on the success of the first Legends game, Rise of Apocalypse would adhere to the same basic formula while adding online play, an element the original did not have, to open the co-op-centric game to an even wider audience. The sequel would prove as successful as the original game and would set the foundation for the much grander Marvel Ultimate Alliance series, which allowed players to command a greater roster of Marvel characters.

X-Men: The Official Game (2006) – Releasing in May, the only X-Men game of 2006 was a tie-in to the third installment of the film series, X3: The Last Stand. The generically titled X-Men: The Official Game would release for every console and their mommas. Published by Activision, Z-Axis developed the PS2, Xbox, and brand-spanking new Xbox 360 versions, with Hypnos Entertainment (GameCube), Beenox (PC), WayForward Technologies (Game Boy Advance) and Amaze Entertainment (Nintendo DS) handling the ports. And much like X3 the movie, X-Men The Official Game kind of just existed. Perhaps it was the incredibly generic placeholder name?

X-Men Origins: Wolverine (2009) – There would be a roughly three-year gap before the next X-Men game would arrive, 2009’s Wolverine standalone game X-Men Origins: Wolverine. Coinciding with the film of the same name, Origins followed the titular character as he hack-and-slashed his way through a short single-player campaign. This would be the first and only X-Men video game to feature both the likeness and actual voice talent of Hugh Jackman as Wolverine. It would also, to date, be the last solo Wolverine video game.

Although mostly panned outright, Origins was actually a very competent hack-and-slash game with a surprising level of brutality and gore. It would perhaps mostly be remembered for the level of detail on the character model, as damage would eventually reveal his adamantium skeleton until his healing factor would kick in and actively regrow internal organs, muscle, and skin.

X-Men: Destiny (2011) – The penultimate title on this list, X-Men: Destiny would release in 2011 for the Wii, PS3, Xbox 360, and Nintendo DS. Developed by Silicon Knights and published by (you guessed it) Activision, X-Men: Destiny was another action RPG title that was pretty negatively received. It was mostly derided as an unpolished button-mashing mess.

Not only this, but there was also a legal battle over the use of the Unreal Engine, which Silicon Knights ultimately lost, forcing them to destroy all of the unsold copies of the game (as well Too Human and a handful of other games).

It’s not a fitting end to the X-Men video-game saga. Of course, neither is the actual final game on our list of X-Men video games. And that brings us to…

And that’s the unceremonious end of our list of X-Men video games. I would have loved it if the final entry were the best in the series, as was (arguably) the case with Marvel’s Spider-Man, but sadly this is not so. Perhaps there are still more games in store for the X-Men, especially now that Marvel Studios has reclaimed the film rights after Disney bought Fox Films.

Only time will tell.