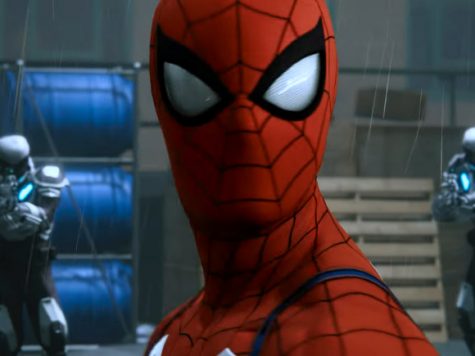 The Half-Glass Gaming crew was having a chat about Spider-Man the other day, which left me wondering just how many Spider-Man video games there are. The answer is a lot.

So I made a complete list of every Spider-Man game ever made, starting with the 1982 Atari 2600 game. You can read the first half of the list over at our sister site Retrovolve, where we cover the 1980s and 1990s. Here, we’re picking up at the turn of the century, after Sony had acquired the film rights to Spider-Man.

And, while I acknowledge Spider-Man’s inclusion in games like Marvel vs. Capcom: Infinite and Marvel Ultimate Alliance 3: The Black Order, I’m going to stick with pure Spider-Man games here — this list is long enough as it is.

Spider-Man (2000) – The first game to release after Sony’s acquisition would be a game not yet based on the movies and aptly titled Spider-Man. It was released for Sony PlayStation, Nintendo 64, and Game Boy Color (with Dreamcast and Microsoft Windows versions coming out the following year). This one had various developers handling different versions: Neversoft for PlayStation, Vicarious Visions for the Game Boy Color, Edge of Reality for the N64, Treyarch for the Dreamcast, and LTI Gray Matter for the PC. It also featured music composed by the legendary Tommy Tallarico.

Spider-Man 2: Enter Electro (2001) – Another sequel to 2000’s Spider-Man, this one was developed by Vicarious Visions for the Sony PlayStation and released in October. It originally featured a scene atop the World Trader Center, but due to the events of September 11 of that year, the scene was changed to be just some generic building. This would also be the first PlayStation-exclusive Spider-Man video game.

In 2002, Sony’s acquisition would bear fruit with the release of the first of their Spider-Man films (starring Tobey Maguire). And this is where we start to see the movie tie-ins hitting store shelves.

Spider-Man (2002) – Alongside the film came yet another game simply titled Spider-Man (this is the fourth game with this title, following the 1982, 1995, and 2000 releases). Curious enough, this wasn’t exclusive to Sony’s platform (remember, Sony didn’t get exclusive rights to video-game portrayals of Spider-Man; they just got the film rights). Treyarch would handle development for the main version, which came to PS2, Xbox, and Nintendo GameCube. LTI Gray Matter helped out with the PC port, and Digital Eclipse would handle development for the Game Boy Advance version.

Spider-Man 2 (2004) – Based on the second of the films to star Tobey Maguire, Spider-Man 2 was widely considered the one of the best Spider-Man games of all time — if not the best before it was dethroned by 2018’s Marvel’s Spider-Man. This is the game that introduced Spider-Man to the open-world setting, allowing players to freely web-sling through a digitally realized New York City.

Treyarch would handle development for the PS2, Xbox, and GameCube, with Beenox (which had been acquired by Activision in 2005) working on the PC port. Vicarious Visions took on the handheld ports for Nintendo DS and Game Boy Advance.

Spider-Man 3 (2007) – The lukewarm Spider-Man 3 would release in 2007, itself a movie tie-in to the also-lukewarm Spider-Man 3 film (which would be the end of Tobey Maguire as Spider-Man and the final film in the Sam Raimi trilogy). The game would land on every console under the sun at the time: PS2, PS3, Xbox 360, Wii, PlayStation Portable, Windows, Game Boy Advance, and Nintendo DS. Treyarch handled the “next-gen” (PS3 and Xbox 360) versions, Vicarious Visions handled the aging systems, and Beenox was once again responsible for the PC port. Activision was still acting as the sole publisher of Spider-Man games at the time.

Spider-Man: Web of Shadows (2008) – Spider-Man: Web of Shadows was a bloated yet still excellent return to the open world formula. Shaba Games and Treyarch handled this one, which released on PS3, Wii, Xbox 360, and PC. Griptonite Games developed the Nintendo DS version, which was actually a completely different game — this one was a classic-style side-scrolling beat-’em-up.

Spider-Man: Web of Shadows – Amazing Allies Edition (2008) – An alternate version of Web of Shadows was created by Amaze Entertainment for PS2 and PSP, this one being a 2.5D side-scrolling beat-’em-up (similar to the DS version).

Over the next three years, development started to slow down. Fans of the web crawler were starting to get burned out on the open-world formula popularized by Spider-Man 2, especially since the formula was not really being improved upon in any meaningful way from release to release (the exception being Web of Shadows, which received decent reviews). Perhaps Activision was partially to blame, as many fans were complaining about Activision’s rise-and-repeat methodology for releasing video games (similar complaints were being made about the Tony Hawk’s Pro Skater series at the time).

Spider-Man: Shattered Dimensions (2010) – Perhaps as an answer to the criticisms mentioned above, Spider-Man: Shattered Dimensions would be a more linear experience, shying away from the open-world setting. It focused on four alternate versions of Spider-Man, each with a unique tone and playstyle. This would go on to inspire the Spider-Verse comic series, which would in turn inspire the animated film Spider-Man: Into the Spider-Verse. Beenox had taken the mantle from Treyarch (who was fully involved with Call of Duty: Black Ops by that point), and Shattered Dimensions released for PS3, Wii, Xbox 360, and PC. Griptonite Games also handled a Nintendo DS version, which was another side-scrolling beat-’em-up.

Despite bringing in comic-book heavyweight Peter David to work on the script, Edge of Time was met with mixed reviews. Some fans appreciated the more focused story, while others lamented the demise of the more robust open-world web-slinging last seen in Web of Shadows. Edge of Time was released for PS3, Xbox 360, and Wii under Beenox, while Other Ocean Interactive developed the handheld version for Nintendo DS and 3DS.

Unfortunately, both the newly rebooted film series and the accompanying game series would sort of fizzle. The Amazing Spider-Man (the game) wasn’t terrible; it just wasn’t anything special. Beenox would handle development of the main version for PS3, Xbox 360, Wii, and PC, with Other Ocean Interactive working on the Nintendo DS version and Mercenary Technology the Vita version. Gameloft would take care of the mobile versions.

The Amazing Spider-Man 2 (2014) – The Amazing Spider-Man 2 would release the same month as the corresponding film (in May of 2014), and many considered it the death knell for Spider-Man games. Much like the film it was based on (which was meant to be the middle part of a trilogy, though the third part was never made), it was viewed as a derivative knock-off of the stellar open-world Spider-Man games from the previous decade. It was, of course, released on every platform imaginable: PS3 and PS4, Xbox 360 and Xbox One, Wii U, Windows, Android, iOS, and Nintendo 3DS. Beenox handled the mainline entries, with Gameloft on the mobile version and High Voltage Software on the 3DS version.

This would be the final Spider-Man game developed by Beenox (who would help out with the Skylanders, Call of Duty, Tony Hawk’s Pro Skater, and Crash Bandicoot franchises). Beenox had an admirable run, but they peaked with Shattered Dimensions and they never really locked onto what makes Spider-Man such an endearing and iconic character. The Amazing Spider-Man 2 would also be the last in the long line of Spider-Man video games published by Activision, themselves out of touch with the character by that point.

Marvel’s Spider-Man (2018) – After a four-year hiatus, the video-game world was ready for a fresh take on Spider-Man. 2018 saw the release of what many consider to be the best Spider-Man game of all time, Marvel’s Spider-Man (and I tend to agree with those people). Although it came hot on the heels of Spider-Man’s entry into the Marvel cinematic universe, Insomniac crafted an altogether different version than the one seen on the big screen.

This Spider-Man would be a honed crime fighter rather than a scrappy teenager. It would also see the wall-crawler return to an open-world New York City playground. By every measure, from level design to character design, the inclusion of fan service for the long time die-hard fans and the short time newcomers, Insomniac knocked this one out of the park. Finally, Spider-Man was realized in all of his glory.

The game itself was a massive financial and critical success. Insomniac was not shy about going back to where it all started (although clearly not exactly where it all started) to look back at previous games to see what exactly made them special, learning how best to replicate and iterate on that magical formula.

And with the announcement of the upcoming follow up, Spider-Man: Miles Morales slated for release on PlayStation 5 (and possibly PS4) later this year, things are looking up for the Web-Slinger.