Home
Editorial
Who Owns the Video Game Version of Spider-Man?
Tweet Pin It 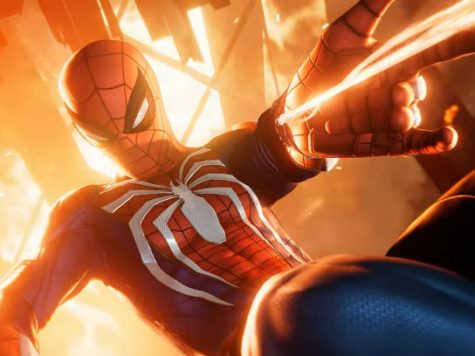 It was recently announced that the PS4 version of the upcoming action brawler/looter (err… lawler? Booter?) Marvel’s Avengers, would include Spider-Man as a console-exclusive playable character. This, of course, sent shock waves through some segments of the gaming community.

In other corners of the internet, it was met with a shrug. “Of course Spider-Man would be a PS4 exclusive,” said the shruggers. “After all, doesn’t Sony own Spider-Man?” And heck, that was my knee-jerk reaction too.

But after a late-night messenger chat (we’re social distancing here) with Half-Glass Gaming’s Josh W., I started questioning Sony’s ownership of the Web-Slinger. So I decided to do some digging. I was actually surprised not only by what I found, but also that I had been completely missing what now seems obvious: Of course Sony doesn’t have exclusive rights to video-game iterations of the fan-favorite Marvel character.

This article on Newsweek puts it succinctly:

Sony owns the movie rights to Spider-Man — in a sometimes contentious agreement with Disney/Marvel — and while the company doesn’t have the video game rights, owning an entire gaming platform with its built-in relationship with Marvel has helped the publisher snag Spidey for its own as we saw with 2018’s Spider-Man.

It wasn’t until 1999 that Sony acquired the film rights to Spider-Man, which paved the way for the 2002 movie starring Tobey Maguire. Because of this deal, Spider-Man would remain separated from the Marvel film canon until a deal was struck to include him in the 2016 Marvel movie Captain America: Civil War.

But throughout the 2000s, the Spider-Man movie tie-in games were available on dang near every platform under the sun. There was even an N-Gage game!

But what about the 2018 PS4-exclusive Marvel’s Spider-Man? The game was developed by Insomniac Games, which Sony now owns. Surely Sony must have exclusive rights to the video-game version of Spider-Man by this point, right?

Well, yes and no, and also maybe.

Although that game is a platform exclusive — and I’m assuming the upcoming Marvel’s Spider-Man: Miles Morales will also be — the rights still remain with Marvel and the game will not feature the film version of Spider-Man. Just look at the title. It isn’t Sony’s Spider-Man; it’s Marvel’s Spider-Man. The ownership is right there in the name.

As foolish as it may seem in retrospect, Marvel sold the Spider-Man film rights to Sony (and The X-Men and Fantastic Four film rights to Fox, which are now back in Marvel’s canon after Disney’s acquisition of Fox) at the time as a way to stay solvent. Marvel was on the brink of bankruptcy, after all. Yet they were either smart or lucky enough to retain all other rights for Spider-Man, including future video game licensing.

Which brings us back to Spidey’s appearance in Marvel’s Avengers and Marvel’s Spider-Man, both of which are exclusive to Sony’s gaming consoles. Marvel and Sony have sidled up to each other for the film properties, most likely realizing there were multiple millions of dollars to be made by splitting the heavy lifting. In fact, Marvel simply produced the last two Spider-Man movies and allowed the use of their characters, such as Tony Stark/Iron Man, but Sony still raked in all the dough. That’s the price Disney was willing to pay for bringing Spider-Man into the MCU canon.

Now that the two companies are bedfellows, I’m sure it was beneficial for Marvel to extend another gesture of good faith to Sony, allowing Spider-Man to be a platform-exclusive for Sony. For now, at least.

It will be interesting to see if the version of Spider-Man in Marvel’s Avengers is in fact the same version from the 2018 Insomniac game. After all, there was mention of the Avengers being on the West Coast in Marvel’s Spider-Man, and this new Avengers game prominently features San Francisco as a location. Some might even speculate that this is evidence that the Web-Slinger might end up swinging onto other platforms as well, though that seems like a long shot (especially considering Sony own Insomniac).

Or course, making Spider-Man permanently exclusive to the PlayStation version of Marvel’s Avengers would incentivize the gaming community to make sure that’s the version they play — at least, if they want that sweet, sweet wall-crawling action. And this would roll nicely into the upcoming Marvel’s Spider-Man: Miles Morales game set to (presumably) release with the launch of the PS5, further benefiting both Sony and Marvel.

Also, since Sony’s install base presumably dwarfs that of Microsoft at this point, Marvel probably isn’t leaving an extraordinary amount on the table by snubbing Microsoft.

Does it suck for non-PlayStation fans of Spider-Man? Absolutely.

Although Sony doesn’t own the rights to Spider-Man in video-game form, it’s managed to nurture a unique (and at times somewhat acrimonious) relationship with Marvel. And Sony does wield great power in the video-game industry. But with great power comes great responsibility, as so many Spider-Man films have taught us. Let’s hope Sony recognizes the great responsibility they have when it comes to Spider-Man, and that they continue to publish great Spider-Man games.