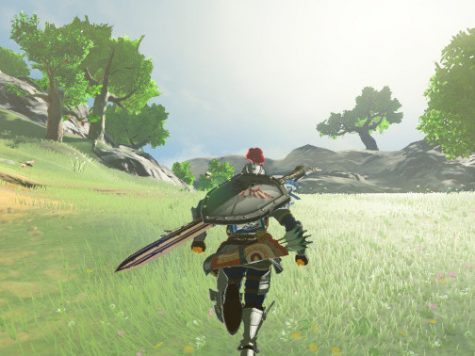 I am not the biggest fan of The Legend of Zelda series. I’ve played various entries through the years, but I really fell off during the Wii years and never really bothered to go back. The only reason I ended up with a Nintendo Switch and a copy of Breath Of The Wild is because my partner expressed interest, and I am always willing to usher new players into the blissful world of video games. (That was actually my second time acquiring a Switch; the first time happened at launch, and I quickly found myself offloading it due to its initial lack of third-party support. Oh, how things have changed since then!)

Naturally, since there was a Switch and copy of Breath of the Wild in the house, I ended up firing the game up to give it a shot. By and large, I really enjoyed my time with Breath Of The Wild. I wouldn’t say it’s one of the greatest games of all time, as its 97 rating on Metacritic would seem to suggest, but it’s a really well-made game with innovative approaches to open-world traversal that are sorely and noticeably lacking from its contemporaries.

Namely, the paraglider and ability to climb any surface in the game (aside from wet cliff faces and the walls inside shrines, of course) were so ground-breaking and yet also so obvious in hindsight that I wonder how it took so long for any developer to implement such things.

Although it’s relatively simple — or straightforward, rather — the combat was tight and work well. And even though I almost exclusively prefer to walk in games instead of riding horses, there are no real complaints with the technical aspect of the horse-riding mechanics. And that’s a concept that isn’t easy to actualize in video games.

The art style is very pleasing to look at, walking the line between realism and fantasy nicely, with a beautiful cartoon aesthetic to really tie it all together. The music and sound effects are pitch-perfect as well, and the general feel of controlling Link is snappy and satisfying.

Without question, Breath Of The Wild is an excellent video game. But that’s in spite of — not because of — the fact that it’s a Legend of Zelda game. I would argue that the parts it borrows from the rest of the series are the weakest elements of the game.

You read that correctly. Breath Of The Wild was a great game, but it’s the core gameplay mechanics and overall execution that make BotW special, not the IP attached to it.

When left to my own player devices to roam free and explore the expertly crafted game world, to tackle shrines or ingratiate myself in the cities and towns, BotW is truly a high-water mark in the open-world genre.

But all my personal enjoyment and wonderment comes to a screeching halt every time I’m subjected to any one of the mind-numbingly boring and inconsequential cutscenes. It feels like each new cinematic is just more wheel-spinning. Yes, I know the story of Calamity Ganon and all of that jazz; it’s really straightforward. Everything about the story could have been printed on the back of the box and would’ve been more impactful than any single cutscene in BotW.

Perhaps this is a reflection of the open-world element of the game, which lends itself to an incredibly open-ended play style, but the story here is so very surface-level that it certainly doesn’t require countless hours of the same cutscene played over and over again ad nauseum. And that’s to say nothing of those dreadfully bland and needlessly long musical story numbers from the accordion-playing Rito you find out in the wild. It got so bad, so repetitive, and so utterly mind-numbing that I stopped playing late at night to avoid being bored to sleep.

Look, I get it, the simplicity is what endears this title to so many different people. And I am all for simplicity, especially when there’s plenty of solid gameplay mechanics to make up for it. And Breath Of The Wild’s gameplay definitely makes up for its paper-thin story.

But, my goodness, if Nintendo would’ve forgone the Zelda element, simply replaced the characters involved with non-Zelda specific characters and just called the game Breath Of The Wild, I don’t think anyone would’ve batted an eye and it still would’ve scored just as highly.

Well, maybe not just as highly — I know Nintendo fans tend to inflate their appreciation of all things Nintendo, and that goes doubly for The Legend of Zelda reviewers. I would even venture to speculate that BotW most certainly received such high review marks because of the Zelda treatment. So forget that I said that part, I guess.

So anyway, although my non-Zelda version of Breath Of The Wild might not have ultimately scored as highly as The Legend Of Zelda: Breath Of The Wild, it would’ve been just as well-made, just not as infuriatingly dull in the story department.