Home
News
Fall Guys Update 1.07 Changes Stage Layouts, and There Are So Many Hammers!
Tweet Pin It 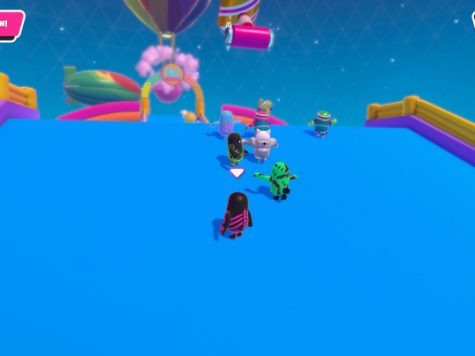 Fall Guys: Ultimate Knockout was updated to version 1.07 on PS4 today (they’re calling this “Big Yeetus and Anti-Cheetus” update). This update takes familiar stages and makes them slightly less familiar, since obstacles have been changed around a bit. Now, this isn’t exclusive to rotating hammers, but holy crap, there are so many rotating hammers that weren’t there before.

For example, a section of The Whirlygig that used to be open space now has hammers. Check out the video below (the hammer section starts at about the 0:45 mark).

I also noticed that the final fan blade in the stage can now rotate in the opposite direction as before.

Sometimes, there’s an even bigger hammer on the first ramp in this stage. The name of this gammer is Big Yeetus, which explains the first half of the update’s title. If Big Yeetus is facing the right direction, you can take advantage of this giant hammer for a huge boost.

Big Yeetus can also show up on See Saw, but I haven’t witnessed that for myself. I have, however, seen Big Yeetus at the end of Door Dash.

Plus, I’ve even seen the smaller hammers showing up on Hit Parade.

This is definitely a fun way to mix things up just as Season 1 was starting to feel a little stale. The rest of this season is definitely going to be interesting (and then Season 2 will be here next month).