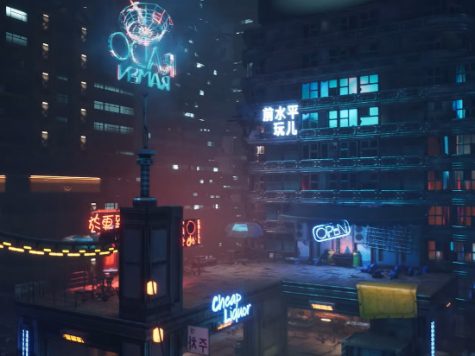 The upcoming Ghostrunner — developed by One More Level, 3D Realms, and Slipgate Ironworks, and published by All In! Games and 505 Games — looks like an insane first-person cyberpunk hack-and-slash.

Set in a grim future (this is a cyberpunk setting, after all), Ghostrunner will equip the player with blisteringly fast first-person melee combat while tasking them with climbing the Dharma Tower, humanity’s last bastion in a postapocalyptic futureworld. Once at the top, you must defeat the Mara the Keymaster and claim your revenge.

No word yet if Gozer will make an appearance…

Ghostrunner will launch October 27, 2020, for PlayStation 4, Xbox One, and PC. There seem to be some anticipatory listings for Ghostrunner on Nintendo Switch, but a Switch release has not been confirmed yet at the time of this writing.

If you act now, Ghostrunner preorders are currently 20% off on Steam, the Epic Games Store, and the PlayStation Store. It appears to be full price in the Xbox and Windows storefronts, though perhaps this will change.

You can check out the excellent Ghostrunner preorder trailer below.