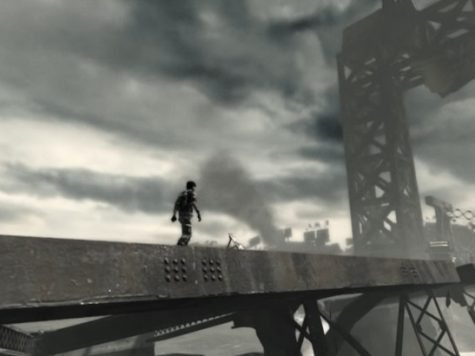 That’s a 2008 trailer for I Am Alive, and man, did it get me pumped to play the game. I mean, how could one not be excited to play a pulse-pounding, first-person survival game set in an earthquake-ravaged Chicago from a (at the time) reputable triple-A publishing conglomerate?

You would play as Adam Collins, an office worker who gets trapped in toppled skyscraper after the mother of all earthquakes. You must escape the building and search for your girlfriend somewhere in Chicago, which is now floating in Lake Michigan. All the while, you must scavenge resources to survive in a world where the rules of society have collapsed.

Unfortunately, that would not be the game that would ultimately launch in March of 2012. The story was changed to reflect a man in search of his young daughter instead of his girlfriend, the camera perspective changed from first-person to the third-person, and the game was reworked midway through development (Ubisoft Shanghai would took over development in 2008 after the now-defunct Darkwork had been working on it since 2003).

When Ubisoft finally released the launch trailer in March of 2012, one day before the game would release on the Xbox Marketplace and one month before it would release for the PlayStation 3, well… just take a look at it for yourself:

In the four years since Ubisoft Shanghai stepped in to save this sinking ship, I Am Alive went from a gritty, full-fledged first-person release title to a grainy, third-person digital-only budget title.

It’s a shame, because although the final game was halfway decent, I can’t help but to speculate (or maybe just imagine) what might’ve been with just a little more time and money. It really seems to me that it was just the presentation that ultimately caused this IP to get shelved.

On paper, I think I Am Alive would’ve actually lent itself quite well to Ubisoft’s “Ubification” business model. It also could fill the open-world, post-apocalyptic-survival-stealth-action-game-with-a-melee-combat-focus gap in Ubisoft’s stable. And even though I cringe at the thought, goodness gracious, if this isn’t ripe for an always online, games-as-a-service title.

Shoot, if Ubisoft were to bring I Am Alive back for a sequel, they already have a working model of Chicago thanks to Watch Dogs. Just knock a few of those buildings over, up the dust particle effects, and voilà!

After the original title dodged cancellation only to release in a wounded state, I Am Alive still managed to be a somewhat solid game in it’s own right. Quite honestly, I think that warrants another crack at success, don’t you?