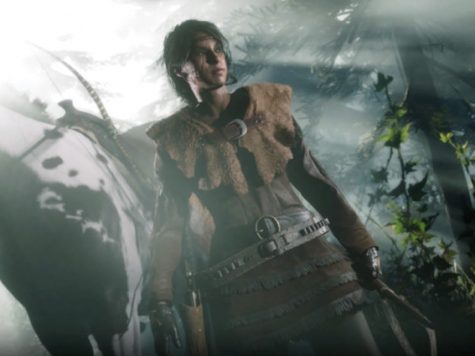 Red Dead Online, the online, multiplayer portion of Rockstar’s massive Wild West open-world Red Dead Redemption 2, gets a new update every Tuesday. Usually, we’ll see new or returning clothing items and some themed discounts and offers. Lately, Rockstar has really been giving us some good stuff to look forward to each week, and last week was especially good. Last week, Red Dead Online added Vitalism, which gives players the ability to temporarily transform into a buck.

This week, things have been dialed way, way back, to the point where the newest update feels pretty disappointing. However, Rockstar did take this as an opportunity to add some missing pieces to the Xbox One and PC versions of the game.

No matter where you play, you’ll be rewarded for participating in the Rutile Horn hunt this week. If you can complete the mission for the Rutile Horn Ram (either by sedating and sampling it or killing and skinning it), you’ll get a free poncho of your choice.

On top of that, three new ram-based coats have been added to Gus’s shop (from the three Legendary Rams), as well as the Woodcote Poncho. Note that this only applies to PC and Xbox One versions of the game — the poncho and ram coats have all been available on PS4 for a while now.

The Collector role has some bonuses as well, as anyone who finds even a single fossil will be rewarded with a Tarot Card, a piece of Lost Jewelry, and an Arrowhead. Plus, there’s a 40% discount on the Pennington Field Shovel (which you definitely want if you’re into the Collector role), as well as some other Collector items (including the Horse Lantern, which is just awesome).

You can see more details about all the updates in the Dirty Tyler video below.

And, as always, the login screen has been changed to coincide with the latest update.