Home
News
I Am Not a Harry Potter Fan, But Hogwarts Legacy Looks Amazing
Tweet Pin It 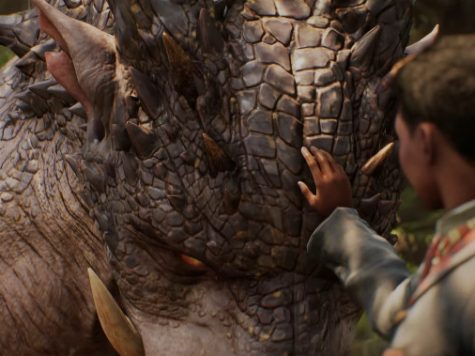 During today’s PS5 Showcase livestream event, Sony and WB Games revealed the trailer for the new Harry Potter open-world wizardry game, Hogwarts Legacy. Let me make this abundantly clear, I haven’t read any of the Harry Potter books, nor have I seen any of the mainline Harry Potter movies based on the aforementioned books.

I am not a Harry Potter fan.

And yet, Hogwarts Legacy has got me excited to play it like you wouldn’t believe. I had no idea I’d been itching for an open-world adventure game with a magical flourish this bad, and yet, it turns out I do have such an itch.

The level of detail inside the Hogwarts School of Witchcraft and Wizardry looks jaw-droppingly detailed and impressive. The character models seem to strike a nice balance between realism and and a more lighthearted Fable-esque look. It even seems like WB included a Quidditch mechanic that might prove addictive on its own.

And believe me, this much alone had me interested. But when the trailer pulled back to reveal an entire open world with countryside vistas, menacing beasts to contend with, and possible dungeons to crawl, this game magicked its way to the top of my most-anticipated next-gen games list.

Hogwarts Legacy will be available on PS5 in 2021. You can watch the trailer below.