Home
Editorial
Is Prince of Persia: The Sands of Time Remake a Colossal Achievement or a Missed Opportunity?
Tweet Pin It 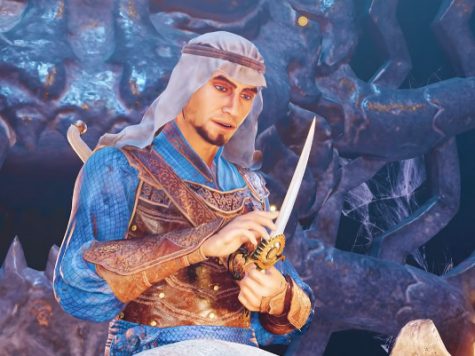 It’s been ten years since Ubisoft released a truly new Prince of Persia game (2013’s The Shadow and the Flame was a remake, and 2018’s Prince of Persia Escape was a mobile runner game). Still, every year, fans wait for a big announcement, hoping this will be the year in which Ubisoft finally announces a brand-new triple-A Prince of Persia title.

At midnight on September 11, I saw I had an unread message in my Twitter inbox. It was from my friend Josh, who own Half-Glass Gaming and Retrovolve (as well as Lightgun Galaxy). He had sent me a link, knowing how much of a Prince of Persia fan I am, but I was not prepared for what I was about to see. When I read the link description, it sent chills through my entire body, for it was an announcement for Prince of Persia: The Sands of Time Remake.

In a fraction of second, 17 years of Prince of Persia: The Sands of Time love and memories flashed through my mind. To coincide with the announcement came a trailer, which you can watch below.

Though many fans are disappointed by the news, and others seem genuinely thrilled about it, my opinion is balanced, though I’m leaning toward skepticism. I am not heavily disappointed with the game’s current look, since there is still time for polishing — the game isn’t releasing until January 21, 2021, after all. That said, the announcement trailer did not quite live up to my expectations. I worry that this remake won’t do justice to what I consider to be one of the most remarkable and most iconic projects Ubisoft has ever produced.

The remake’s director Pierre Sylvain-Gires revealed that they’re re-developing The Sands of Time inside the Anvil game engine, which is the same engine that Ubisoft uses for the Assassin’s Creed series. Consequently, a lot of changes had to be made, including the visual style. As many fans are pointing out, the game does not look up to the standards of the PS4 and Xbox One at all. Considering the PS5 and Xbox One Series X will be out before The Sands of Time Remake, it will be showing its age right out of the gate.

To me, this looks more like a remaster than a genuine remake. The Sands of Time is 17 years old by this point, so enough time has gone by that it requires a significant amount of polish to stand alongside its contemporaries. In the past several years, we’ve seen a number of gorgeous and well-done remakes of classic games, including the original PlayStation Resident Evil games, the Crash Bandicoot series, Shadow of the Colossus, and the very recent Tony Hawk’s Pro Skater 1 + 2. With so many games getting genuinely high-quality remakes that bring them up to the standards of today, expectations for Prince of Persia: The Sands of Time Remake are bound to be high.

Gires is aware of the adverse reaction to the remake’s first trailer. Responding to the feedback, he clarified that it is being developed from scratch, since old files were unusable due to the change of game engine, and that the final product will be more polished.

I think the announcement trailer is a blessing in disguise, as Ubisoft now has valuable customer feedback. This gives them a shot at redoubling their efforts to launch one of the finest 3D remakes of this console generation.

My fingers are crossed, and I am looking forward to reliving this classic magic. To disappointed fans I would say, let’s wait and watch; perhaps it will be worth it.

I am a marketer by profession and a writer by heart. I love to write about classic video games. Like an adventurer, I am exploring myself.