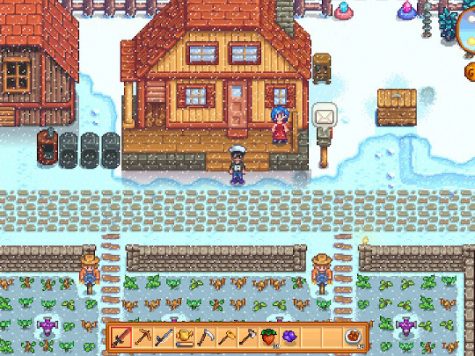 Stardew Valley was already a sales titan on Steam before it landed on the Nintendo Switch in October of 2017. While it received a lovely collector’s edition for PS4 and Xbox One, the Switch was left out of the deal — if you lived outside Japan, that is.

See, Stardew Valley actually did get a physical Switch edition (that included a soundtrack CD and some other bonuses), but it was released exclusively in Japan. If you wanted your copy of the game to be on a cartridge that came in a plastic box, you would need to import one. I admit that, in my impatience, I imported one from Japan.

However, if you still haven’t picked up a copy of Stardew Valley for Switch for some odd reason, now is your chance. The game is getting a physical release for the Nintendo Switch via Fangamer.

There are actually two versions of the game, a standard edition that contains the game, a box, and a manual, and a collector’s edition, which comes jam-packed with extra goodies.

Those extra goodies include a collector’s box, a comic book, a wooden standee, a wooden lapel pin, and a farm deed. You’ll also get a “cleaning cloth” so you can wipe your brow after a long, hot day toiling under the sun. If you preorder by August 15, you’ll also get a poster. This one is going for $69. Nice. (The standard edition is $34.)

I should also point out that there’s a PC version as well. Standard edition on PC is $29, and the collector’s edition is $64.

Head on over to the Fangamer site right now and get your preorder in. The game is scheduled to ship November 6.

Oh, and if you’re just starting out and need some Stardew Valley tips, check out Retrovolve’s wonderful guide (which I wrote before the Switch version was ever a thing).